The New year for the Sitecore community in Belarus has started with 8th User Group meetup mid-January with an interesting set of speakers and topics announced.

However, due to a huge storm in the Netherlands, planes were delayed, and two out of 3 presenters were stuck in the airport. While they were starting a Sitecore User Group in the airport, we had to make the last-minute changes in our schedule. Therefore, the first presenter was Andrei Polyakov. Andrei presented the latest Sitecore Commerce that was announced at… Andrei has vast experience with Sitecore commerce solutions implementation and one of the most qualified developers among the whole community in Belarus. Unfortunately, the commerce itself was not released yet and Andrey could share only common information on what to expect in the newer version. 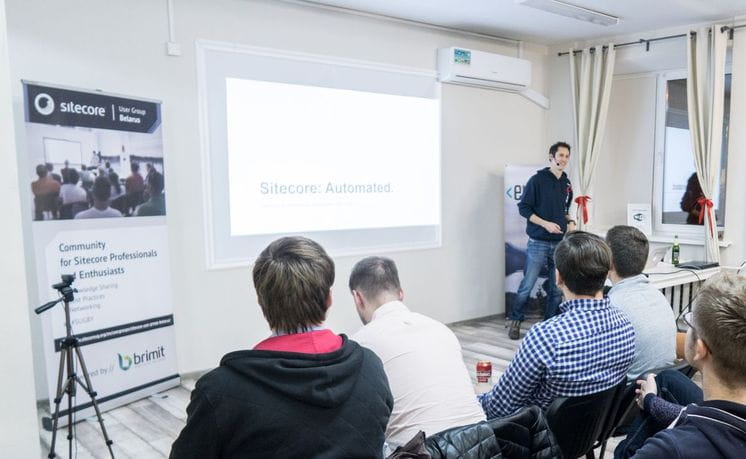 The second was our guest speaker Reto Hugi - Senior Consultant and Sitecore MVP from Unic, Switzerland. Reto talked about how to automate Sitecore deployment, how to use SIF for Sitecore 9 automation, what mistakes can be made and how to avoid them. If you have troubles with deployment to watch the recording of Reto’s presentation:

Despite the bad weather and storms in the Netherlands, the third presentation was still held by Una Verhoeven - Senior Solutions Developer from Hedgehog. Nevertheless, she didn’t join us in person, we were lucky to organize a remote presentation with Una being virtually in the room. 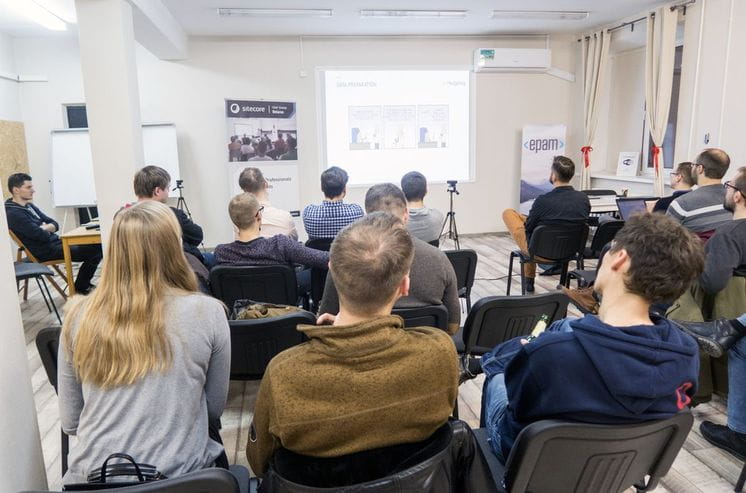 Una told us about Machine Learning and its history, image recognition, azure algorithms and much more. We strongly recommend everyone to join Una during next presentations on this topic.

Stay tuned for our next announcements for new meetups.